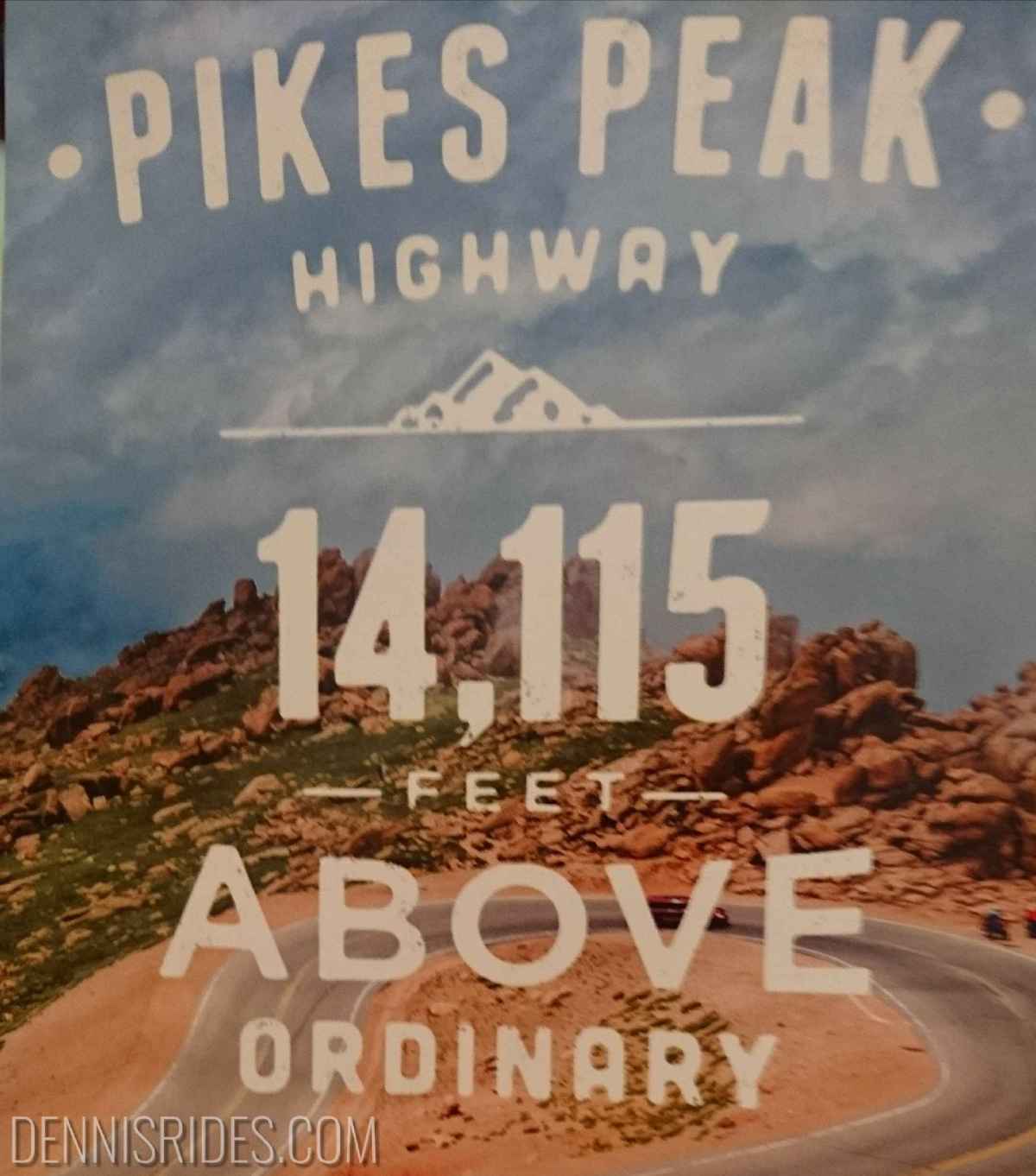 Left pretty late this morning, since this is only 90 miles away. Manitou Springs sits right at the foot of Pike’s Peak.

First 20 miles or so are all superslab 4 lane freeway with angry cagers, reminding me why I stay away from cities when I’m out on motorcycle trips! After that, it turned into “mountain traffic” which is the Colorado version of California beach traffic, so that was  nearly an hour of 20 mph. The urge to lane split was almost impossible to resist, but I refrained. I don’t know how non-lane splitting state residing motorcyclists do it. It was torture seeing all that open space!

So, despite being only 90 miles, it was more unpleasant than a lot of the desert runs.

The weather right now is looking pretty good, so hopefully it holds, because that mountain looks really really tall.  Unlike Mount Evans where you can’t really see the peak from the start, Pike’s you can see it right there.

I’ve acquired breakfast and pop tarts, so the plan is to roll out around 6 AM before the tourist traffic really gets going.