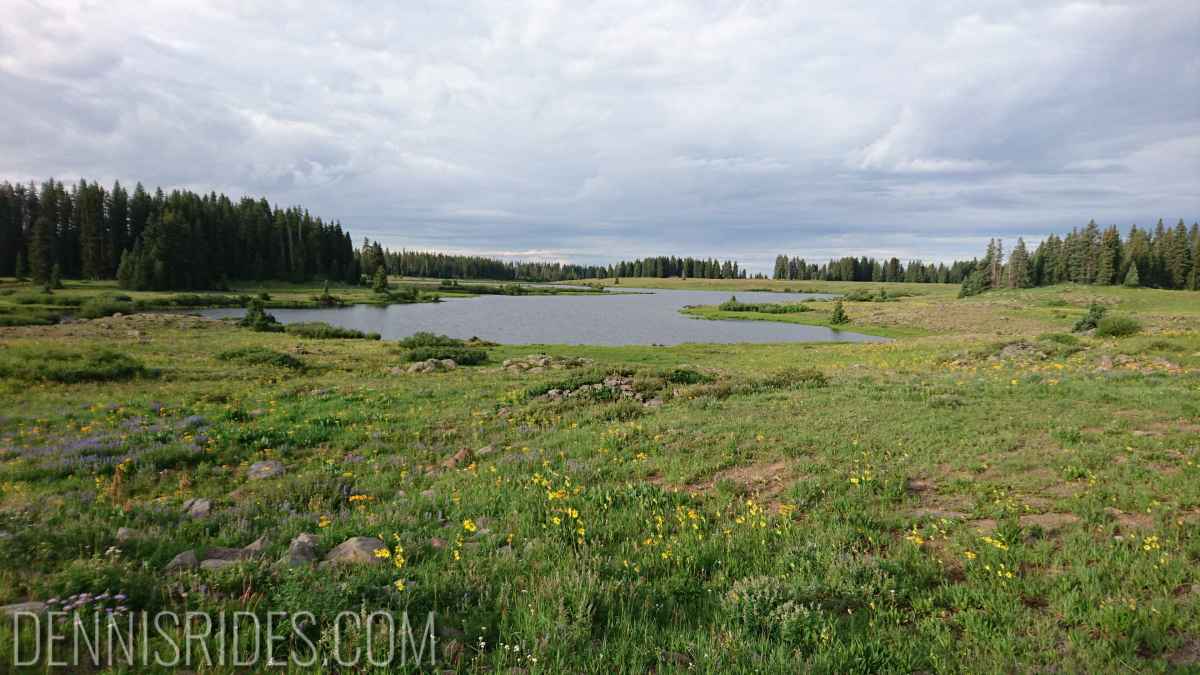 Grand Mesa takes you up to one of the largest mesa’s in the US, to nearly 11,000 feet of elevation. [Strava Activity Here]

I wanted to make sure I got back before check-out so I could shower before heading to Grand Junction, so I left before dawn and rolled 2 miles down hill to the official start of the climb.

After the two 14ers (Pike’s & Evans) I was happy that I could just ride my own pace and not worry about going easy for the first half.

The climb is pretty consistent – never too steep and not too boring, and the scenery changes from desert, to alpine, to tundra meadows pretty quickly. The early lighting didn’t lend itself to great pictures, but the views with the desert plateaus and mountains were pretty cool.

The worst part was the continued road construction – miles and miles of fresh chip seal turned this into a gravel ride. Luckily the descent is not particularly technical, so I didn’t worry much about it.

3/4 down I got caught up in one way traffic control again, waiting for an escort vehicle. When they finally arrived, they asked if I’d like my bike carried down instead of riding and I was totally fine with that – not due to the risk, but due to all the dirt I’d have to eat following a bunch of cars on gravel!

Made it back to the hotel with plenty of time to shower and pack up, and headed to Grand Junction.. and promptly got stuck in another one-way traffic control.. for 30+ minutes, in 95 degree heat.  This was not pleasant, I felt like my motorcycle gear was filling up with sweat from the bottom up.

Once finally released, I made my way to Grand Junction and stopped at a cafe for a gallon of iced coffee to recover from that huge, 1 hour motorcycle ride!

Tomorrow is a non-climbing day, I’ll be getting up early again to do the Colorado National Monument loop (44 miles, 3400 ascent.)